One of my favourite shows to watch is Gordon Ramsay’s Kitchen Nightmares (and Hotel Hell is pretty good, too!). The premise is that struggling restaurant owners invite world-renowned chef, Gordon Ramsay, to come into their restaurant, evaluate the situation, and help them turn things around to become successful eateries.

I’ve been watching the show for a couple of years now, even though it’s much older than that. I avoided it for a long time because Gordon had a reputation for being foul-mouthed and rude. But one day, a clip popped up on my Youtube recommendations and it looked interesting, so I watched it.

And after enjoying that first clip so much, I went on to watch many full episodes.

I love seeing all the different foods people serve up at their restaurants, and in particular, hearing Gordon’s critiques and advice (while being super-thankful that he will never come to my house and taste my food…).

But what shocks me the most is how reluctant the people on the show are to accept any criticism of their food. In spite of a lack of customers, mounting debt, regular complaints and finally, Gordon bluntly telling them their food sucks, many of the owners and chefs respond with complete denial that their food is the problem.

“I’ve never had anyone else complain about my food!”

Even more baffling is that they are the ones who invited Gordon to come to their restaurant in the first place! After a while, you get the sense that many of these chefs expected Gordon to praise their food and say he didn’t know what the problem was… all while raking in the free publicity.

And yes, he is often very blunt and foul-mouthed. But while I wouldn’t use the same words he does, I can appreciate why he does. He never seems to insult others for the sake of it – he is not maliciously attacking them.

He simply needs to get through their thick layers of denial and defensiveness to help them understand what the real problem is so that they can make the changes needed.

So why is it so hard for them to accept his criticism?

I think it’s similar to how we often respond when confronted with our own sin.

Plainly speaking, sin is ugly and when we have that ugliness pointed out to us – whether by other people or through reading God’s word – it doesn’t feel good!

But the Bible says all have sinned and fall short of the glory of God (Romans 3:23). We’ve all broken God’s law. So it shouldn’t come as a shock when we feel this conviction in specific ways.

And conviction of sin by the Holy Spirit is actually a gift.

When we were unbelievers, at some point, God graciously allowed us to see our sin for what is it, and to turn away from it. And now that we’re believers, the Bible says that God is making us more like Jesus day by day.

Conviction is a gift

In practice, this means having our sin revealed and our hearts convicted and changed by the Holy Spirit.

This is a blessing!

I know it hurts to see the ugliness of our own sin, but feeling that conviction of the Holy Spirit and being able to turn away from your sin means that God is at work in you. If you’re able to sin and not feel any conviction? That’s when you should be worried!

Every child of God will feel that sting of conviction – it’s a sign of God’s presence and work in your heart.

We can thank God for His conviction, His forgiveness and His mercy, which are freely given to all who are in Christ.

On every episode of Kitchen Nightmares, you have the part where Gordon rips them to shreds, and then the part where he advises them what to change as they move forward. Most owners eventually come around and agree to move forward as Gordon advises. Some maintain this new way of doing things, and others simply go back to their own way.

Unsurprisingly, the ones who revert to their old ways of cooking and managing their restaurants are the ones who ultimately fail. And the ones who take the criticism and advice on board often go on to flourish in the restaurant business.

But unlike Gordon Ramsay, who does his work and then leaves the restaurant to get on with it, God doesn’t just convict us of our sin then point us right back to the law and leave us to get on with it.

He completely changes our hearts.

He makes it so that we can obey the law (whereas we used to have no choice – we were slaves to sin!).

And he makes it so that we want to obey the law (whereas we used to be inclined to evil).

And best of all, he makes it so that our eternal success – whether we get into heaven – doesn’t depend on us at all.

So when the Holy Spirit convicts us of sin, we have nothing to fear.

He convicts us out of love, for our good and His glory.

“And you were dead in the trespasses and sins in which you once walked, following the course of this world, following the prince of the power of the air, the spirit that is now at work in the sons of disobedience—  among whom we all once lived in the passions of our flesh, carrying out the desires of the body and the mind, and were by nature children of wrath, like the rest of mankind.

But God, being rich in mercy, because of the great love with which he loved us, even when we were dead in our trespasses, made us alive together with Christ—by grace you have been saved— and raised us up with him and seated us with him in the heavenly places in Christ Jesus, so that in the coming ages he might show the immeasurable riches of his grace in kindness toward us in Christ Jesus.” 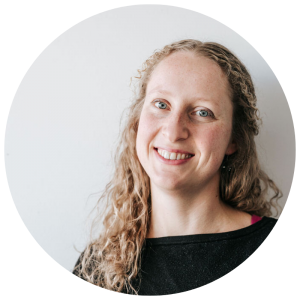 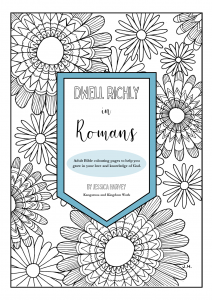